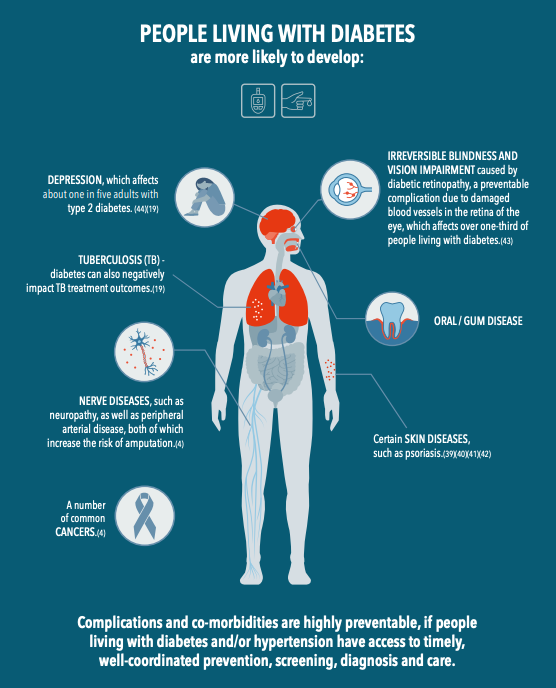 Why Do Some People Have a Higher Risk of Certain Diseases?

Why Do Some People Have a Higher Risk of Certain Diseases?

There are a number of reasons why some people have a higher risk of developing certain diseases. These reasons can be related to genetics and environment.

High blood pressure is a major risk factor for heart disease. In addition to affecting the heart, it can also damage the blood vessels in the brain. The risk of hypertension increases with age. It can cause other health problems as well, such as triglyceride levels and LDL cholesterol.

Compared to other racial groups, Black adults have a higher prevalence of hypertension. This increased risk can contribute to racial disparities in cardiovascular disease. A number of studies have investigated the relationship between race and high blood pressure.

These studies have found that African American men and women have higher rates of hypertension. Although these differences haven’t been fully understood, researchers believe that several factors may contribute to the rise in hypertension in African Americans.

High blood pressure is a significant risk factor for stroke and heart disease. African American people are more likely to die from these conditions than white or Asian adults.

African American men have the highest rates of hypertension, while Asian and Hispanic women have the lowest. While these differences are evident, some medicines and lifestyle changes are recommended to lower the risk of hypertension.

Black adults have a higher prevalence of diabetes and obesity. Diabetes and obesity are the two main risk factors for high blood pressure, and these two factors can contribute to the development of other diseases.

While overall cancer mortality rates have declined, the disparities in cancer outcomes among racial and ethnic groups remain significant. The primary drivers of these disparities are socioeconomic and health care access barriers. Some of these differences are due to genetic determinants, and other factors may be related to dietary choices, pregnancy, and environmental exposures. Until recently, studies on these disparities were limited. However, ongoing efforts have been made to ensure the accuracy of data.

Despite these trends, Black people continue to have the highest cancer death rate. They are also more likely to be diagnosed with advanced disease. Compared to other racial and ethnic groups, they are less likely to receive screening and treatment, and more likely to refuse surgery or chemotherapy. This is partly because Black patients have lower stage-specific survival for most cancer types.

Ashkenazi Jews have a higher risk of developing colorectal cancer than other ethnic groups. However, there has been no clear cause of this increase.

One possible explanation is a genetic mutation. Genetic changes are known to increase the incidence of several different cancers. It’s also possible that these mutations do not increase the risk of developing a specific disease. This is why repeat genetic testing is so important.

For those who have an Ashkenazi heritage, a gene called the I1307K APC polymorphism is the main culprit. The mutation increases the risk of colon cancer by 1.5 to two fold.

While the I1307K mutation is found at high rates among Ashkenazi Jews, it is not found at higher rates among other ethnic groups. Because of this, there is no need to perform mass screening of these populations.

If you have an Ashkenazi family history of cancer, you should consider testing. Some organizations, like the Lerner Foundation of Cleveland, will pay for tests for those who are unable to afford them.

Colorectal cancer can be prevented through diet and exercise. You should start having your colon checked at least once a year. In addition, you should avoid smoking and alcohol. Drinking only one to two drinks a day will reduce your chances of getting colorectal cancer.

If you suffer from sickle cell disease, you may be experiencing more severe symptoms of COVID-19 than those with other types of inherited red blood cell disorders. A new study found that children and adults with SCD were twice as likely to be hospitalized with COVID-19. However, they also found that the number of deaths was not increased.

In a study with a large sample, researchers assessed 750 children and adults to find out if sickle cell trait and COVID-19 are related to the risk of hospitalization and death. Researchers evaluated the results for the age groups 0 to 17 years, 18 to 34 years, and 80 and older.

Symptoms of sickle cell disease can range from acute chest syndrome to painful leg ulcers. These can be life-threatening complications. Medications are available to help reduce these symptoms. But patients can also be at risk for other medical conditions.

The study used data from the COVID-NET registry and the SECURE-SCD registry to assess hospitalization rates. They also analyzed factors that increase the severity of COVID-19 illness. Among children, the risk of hospitalization was doubled for kids who had a history of pain.

Likewise, the risk of hospitalization for adults was two times higher for those who had a history of pain. Children with heart or lung conditions were also at an increased risk of being hospitalized.

While the researchers found that both sickle cell disease and sickle cell trait showed similar outcomes, they observed a disproportionately high rate of death among Black people. As a result, researchers believe it is important to identify factors that increase the risk of hospitalization and death.

Exposure to smog raises the risk of allergies

Smog isn’t a new phenomenon. The first formal study of the phenomenon began in the mid-fifties, with a recent flurry of studies looking at its long term effects. Asthma is not the only ailment to be affected by smog. Other ailments that can be exacerbated by air pollution include lung cancer and respiratory infections. Airborne pollutants also lower the threshold for allergy symptoms in the otherwise healthy.

A recent study of a few dozen cities across the globe found that smog is the biggest culprit in causing the most severe asthmatic attacks. Smog was also found to be associated with an increase in the number of asthma related emergency room visits. This could be partly explained by the fact that smog was not yet well understood. However, the study did find that people living in smog ridden neighborhoods had an elevated risk of developing asthma and other respiratory conditions. While a single episode of heavy smog is not enough to cause significant damage, it is a contributing factor in the long term health of people in a smog ridden neighborhood.

To get the best sense of a smog ridden city, one needs to consider that it is a confluence of factors. Airborne pollutants, especially ozone, are a combination of chemical, physical, and biological components, each with their own set of risks. For this reason, the effects of smog are complex and multifaceted. Moreover, some of the biggest pollutants are emitted in confined areas, such as airports and highways.

Genes and environments are complex in their own right, but researchers are gaining insight into the interplay between the two. Understanding these interactions can lead to targeted therapies and preventative measures. The review outlines the current state of the art in this field of study, as well as identifies and evaluates some of the more promising environmental risk factors.

One of the most interesting findings from recent studies is that a few environmental risk factors are associated with both bipolar disorder (BD) and schizophrenia. Although there is much debate about the precise nature of these associations, researchers have been able to identify a few genes that may play a role.

These genes include ACEs, COMT, BDNF, and other genes that have been implicated in a number of psychiatric illnesses. Scientists also are learning about the interaction between these genes and certain infectious agents.

Some of these interactions involve the more common genes like ACEs and others are more specific to certain diseases. For example, some people with alcohol dehydrogenase deficiency are at a higher risk of skin cancer than others.